Skip to content
Considering the portrayal of beauty in the contemporary media we can easily spot one major problem. If someone is beautiful, the person, according to media, must be white. In this blogpost, I will critically discuss the images of black women in media considering adverts, which are nowadays a huge part of our everyday life and media content as well.

Representation of race in media consists of pretty much the same stereotypes as those in the gender portrayal.  This is visible considering, for example, various commercials, which show that white women are somehow superior to black, but both of them are perceived as sex-objects, or they spend their whole life in the kitchen.
Although multiple examples can be given I’ll focus on one advert, which is a pure definition of a racist portrayal in the contemporary media. PSP billboard, which caused a lot of controversy in America. Thanks to the public, it wasn’t widely published. On the black billboard, we can see a white woman in the center of it aggressively looking at the black woman, who is almost invisible on the billboard. The white woman grabs black woman’s face (or rather tries to squeeze it?). According to the Oxford Dictionary racism is “the belief that all members of each race possess characteristics, abilities, or qualities specific to that race, especially so as to distinguish it as inferior or superior to another race or races.”. The accuracy of this definition considering this ad is huge. The white woman is superior, she represents something better, innovative and desired.

Bell Hooks argues that in the broad media spectrum people perceive as feminine only women who are white, so in order to achieve the idealized standard of beauty one can go to great lengths…

According to Abhik Roy (2005) commercials glorifying fair complexion upheld the elitist aesthetic that only woman with light skin can be classified as part of the upper-class as the skin reflects her aristocratic fragility. So just like in this ad – white means better. 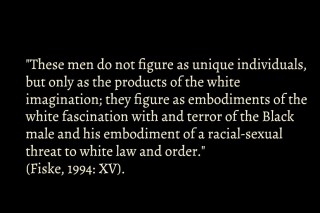 Fiske claims that white part of the population regards other ethnicities, especially black people, not only as worse race, but also as a threatening one to the perfect, white world order. 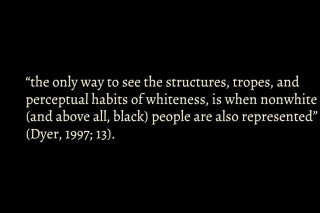 Some people claim that there is no such thing as the “white privilege”, but when we consider produced images of a race all over the media we can see how the portrayal of different ethnicities varies and somehow still, always the white person is the supreme one.
Looking at that PSP billboard one can easily notice the misrepresentation of race, how one ethnicity is shown to be superior to other. As we almost can’t see the black women it seems that she’s not important.
My example shows not only how black people are portrayed in the contemporary media, but also it shows how the images like that are being consumed in our times. People start to see how ads, movies, cartoons or tv-series are racist and they start to speak up. Thanks to others defending the equality we will soon be able to live in the world without controversies around ethnic groups. There’s just one race in world and it’s the human race.